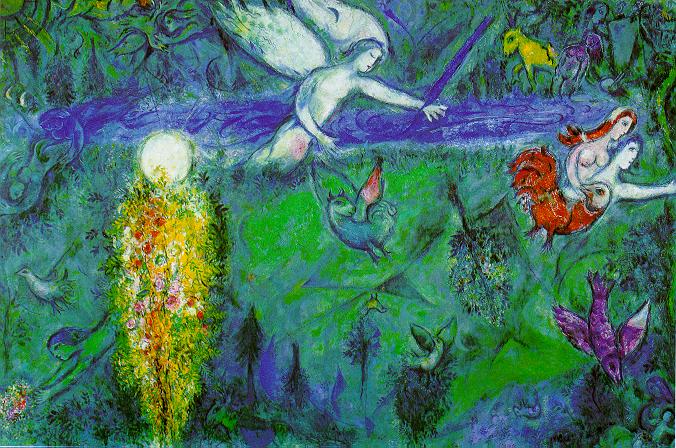 Never, never, NEVER forget that before its anything else it’s a story
So let the Story live and breathe, enthrall and enchant
Don’t rip out its guts and leave it lifeless on the dissecting table
Don’t make it something it’s really not—
A catalog of wished-for promises
An encyclopedia of God-facts
A law journal of divine edicts
A how-to manual for do-it-yourselfers
Find the promises, learn the facts, heed the laws, live the lessons
But don’t forget the Story

Let it be what it is and don’t try to make it perfect where it’s not
This fantastic story of—
Creation
Alienation
Devastation
Incarnation
Salvation
Restoration
With its cast of thousands, more Tolstoy novel than thousand page sermon

It’s a Story because we are not saved by ideas but by events!
Here’s a plotline for you: Death, Burial, and Resurrection
Yes, it’s a story — not a plan, not ology or ism, but a story

Speaking of missing the point—
It’s not did a snake talk?
But what the freakin’ thing said!
Because even though I’ve never met a talking snake
I’ve sure had serpentine thoughts crawl through my head

Literalism is a kind of escapism
By which you move out of the crosshairs of the probing question
But parable and metaphor have a way of knocking us to the floor
Prose flattened literalism makes the story small, time confined and irrelevant
But poetry and allegory travel through time and space to get in our face
Inert facts are easy enough to set on the shelf
But the Story well told will haunt you

Ah, the Story well told
That’s what is needed
It’s time for the Story to bust out of the cage and take the stage
And demand a hearing once again
It’s a STORY, I tell you!
And If you allow the Story to seep into your life
So that THE STORY begins to weave into your story
That’s when, at last, my friend, you’re reading the Bible right

Back to the top