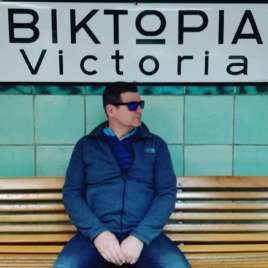 Reflections from our church family this Advent.
Follow the whole series here.

The title in my NKJV, calls the story in John 4 A Samaritan woman meets her Messiah.

(I have edited the story below to keep it short for this Advent devotional.)

So He came to the city of Samaria… Jesus, therefore, being wearied from His journey, sat by the well.

A woman of Samaria came to draw water.

Jesus said ​“If you knew the gift of God, and who it is who says to you, ​‘Give Me a drink,’ you would have asked Him, and He would have given you living water.”

The woman said to Him, Where then do You get this living water?

Jesus answered her, ​“Whoever drinks of this water that I shall give him will become in him a fountain of water springing up into everlasting life.”

The woman said to Him, ​“Sir, give me this water, that I may not thirst, nor come here to draw”.

The woman said to Him, ​“Sir, I perceive that You are a prophet”.

The woman said to Him, ​“I know that Messiah is coming” (who is called Christ). ​“When He comes, He will tell us all things”.

The woman then left her waterpot, went her way into the city, and said to the men, ​“Come, see a Man who told me all things that I ever did. Could this be the Christ?”

Then they went out of the city and came to Him. And many of the Samaritans of that city believed in Him.

So when the Samaritans had come to Him, many more believed because of His own word.

Then they said to the woman, ​“Now we believe. We have heard Him and we know that this is indeed the Christ, the Saviour of the world.”

This Christmas season I give thanks to God for His desire to quench the spiritual thirst of this world.

The same way as Jesus revealed Himself to this lady, He seeks to be revealed to all of His creation.

What a great message of hope we carry the world this Christmas.

The Messiah, the Saviour of the world has come!!

Lord thank you for your love for each and every one, and for your desire that all should come to know you. This Christmas we ask that the true meaning of this season is revealed to all and that whoever receives will experience a fountain of water springing up to everlasting life! Amen!